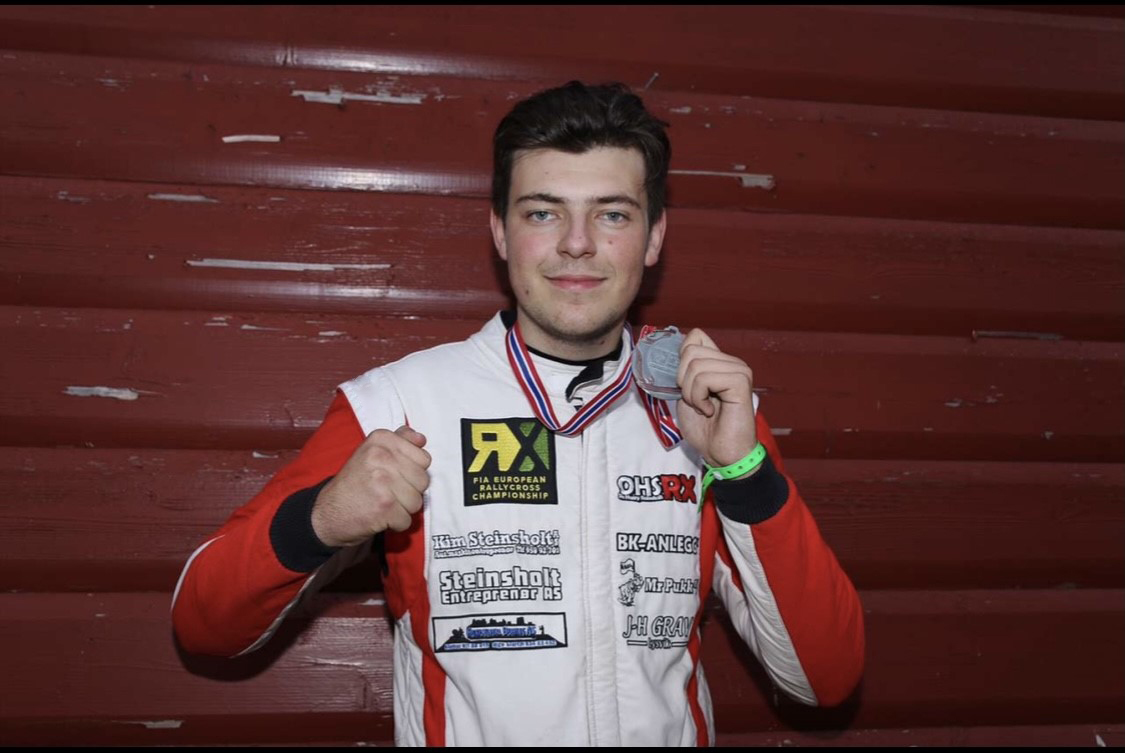 Ole Henry Steinsholt will be gunning for glory in Spain after the 18-year-old became the latest driver to sign up for the FIA RX2e season-opener at the Circuit de Catalunya later this month (July 23/24).

Steinsholt, a Norwegian and North European champion in both Crosscar and rallycross, is looking to add to his impressive CV when the first-ever FIA electric rallycross championship gets underway in Barcelona.

Hailing from Larvik in Norway, the youngster has experience racing in European Super 1600 while he has forged a formidable reputation in Crosscar – winning two national championships and a further pair of North European titles in 2016 and 2017.

Steinsholt went on to secure a Norwegian championship in Junior Rallycross and another North European title in Rallycross TouringCar during 2018 but his attention now turns to RX2e, a joint project between Spanish electro-mobility specialist QEV Technologies and Swedish rallycross powerhouse Olsbergs MSE.

RX2e is the leading support series on the FIA World Rallycross Championship program and will see competitors face off in identical four wheel-drive, all-electric cars capable of generating 250kW (335bhp) of power and up to 510Nm torque.

Steinsholt is one of several drivers to have gained valuable experience behind the wheel of the new RX2e car, taking part in an installation test at Calafat during the development process, but the teenager still faces a steep learning curve if he is to fight at the front of a highly-competitive field this season.

Ole Henry Steinsholt said: “I’m really looking forward to taking part in the new RX2e category. The future of rallycross is electric and I think it’s important to be a part of the journey from the beginning.

“For me it is important that all the cars are identical, so it’s only up to the driver to make the difference. This is sure to create some exciting racing.

“I have had a fair amount of success in Crosscar throughout my career already, so I am hopeful that I can transfer this rallycross experience into RX2e.”

Pere Gonzalez, Project Manager, FIA RX2e Championship, said: “We are pleased to announce that Ole Henry will be racing in Barcelona, further bolstering our hugely-talented grid for the first-ever FIA RX2e event.

“Ole Henry is an incredibly quick driver, proven by his multiple Crosscar titles, and we were impressed by his feedback during our test session at Calafat.

“Our driver line-up is looking incredibly strong, and we can’t wait for the lights to go out at the Circuit de Catalunya.”