28 October 2022 (Montmelo, Barcelona) – QEV Technologies and Copec brought to Chile the first fully electric Rally car, which is developed by the Spanish electromobility specialist and customized for Copec, the organizer of the Copec RallyMobil Championship, who is seeking an energy transition for the motorsport in Chile. The aim is to promote electromobility and bring it closer to people in motorsports. 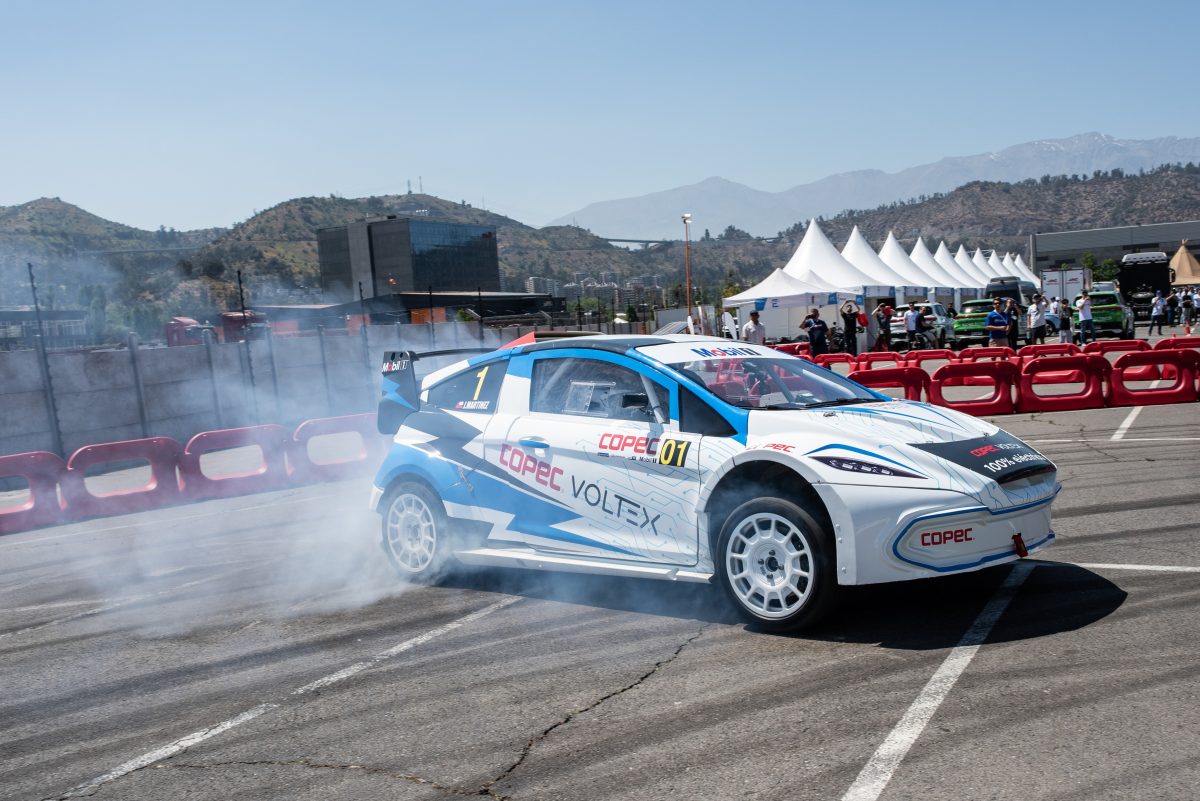 The model brought to Chile was adapted especially for the national category. Based on the rallycross car that is running in the FIA RX2e Championship, QEV Technologies modified the car to be manned by a driver and co-driver and to travel on the dirt roads typical of this area. For these reasons, the batteries were moved behind the seats, some aspects of the bodywork were changed and the cooling systems, electronics, wiring and high-voltage drive axles were redesigned.

In the powertrain aspect, the car has two electric motors, four-wheel drive and reaches a top speed of 180 km/h. Said battery is 30 kW, liquid-cooled during charging. Power is delivered evenly to the front and rear axles through a pair of motors and inverters that deliver 250 kW of power, equivalent to almost 335 horsepower at 12,500 RPM and 510 Nm of torque. It weighs close to 1,250 kilograms thanks to its tubular steel frame with a lightweight body made of composite materials. Inside, the steering wheel incorporates a command for various adjustments that can be made from the passenger compartment, which are reflected on a digital screen. 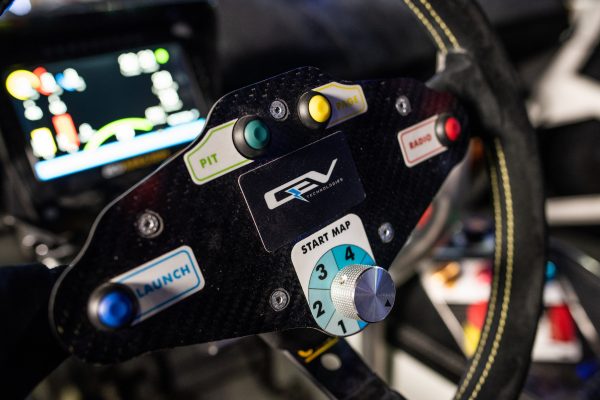 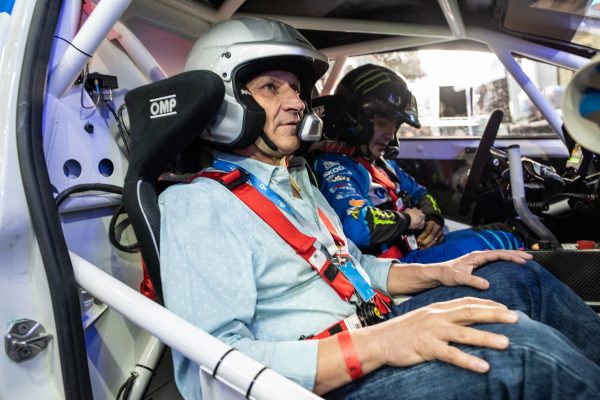 The prototype was exhibited and driven by the multiple Copec RallyMobil champion, Jorge Martínez, during the last weekend at the “Experience E” fair, an international exhibition that addressed issues related to this industry, renewable energy and sustainability.

“We are truly very happy to be pioneers in this field, providing the sports world with a 100% electric vehicle intended for Rally practice”, said Francisco Larrondo, manager of Copec Voltex.

“Many international disciplines are already on the path of incorporating electrical technology into our specialty. Now this totally electric powered Rally car has arrived and the fact becomes an extraordinary precedent”, said Felipe Horta, General Producer Copec RallyMobil. 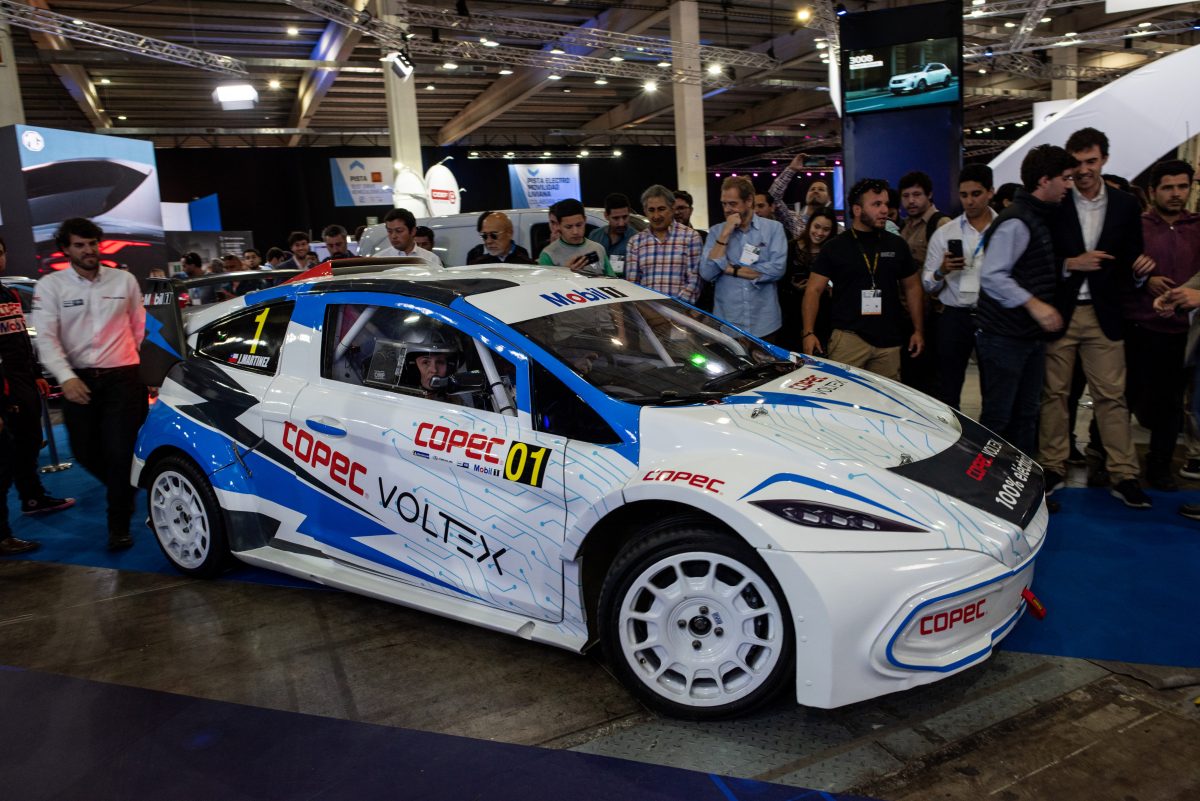 Michael Kerr, Head of Competition at Copec, commented: “We are the first in Chile to undertake such a project. This QEV car will take part as an exhibition in the next days with the colors of Copec Voltex. It is a pride for us to sense that this machine will mark history in Chilean motorsport, while we open ourselves to the future with a clear look at the innovation that electromobility represents.”

For Pere Gonzalez, project manager of QEV Technologies: “It’s an honor for QEV Tech to bring our electromobility to Chile as the first electric rally car here. With rich experiences in electric racing, such as the RX2e rallycross championship, Extreme E and Formula E, we have a good foundation in developing electric race cars. This prototype was customized for Copec to meet the requirements of the rally contest. We hope the car could show its performance during the contest and bring more energy and passion to motorsport fans in Chile and worldwide.” 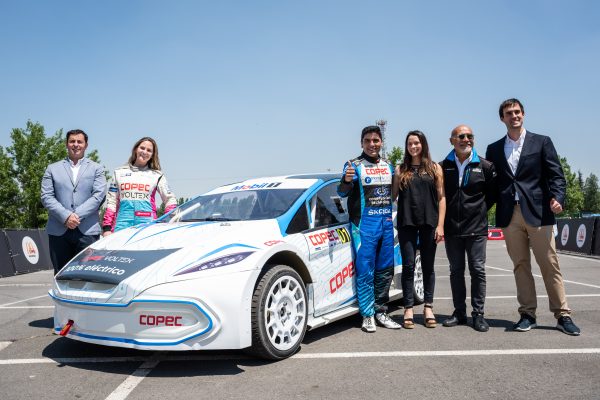 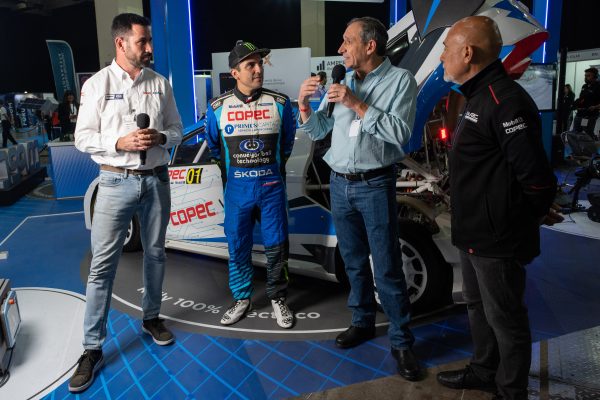